For Your Game
By: Jesse C Cohoon

Author's note: This is a bit different of a style of writing than I normally do simply because I don't often bring "Real World" experience to the gaming field.

Recently, I just picked up a part time job at a pet store as a "Pet Counselor." In this role, I am taking care of animals by feeding them, medicating them, socializing them, helping to train them in some limited fashion, and cleaning up after them. The ideas I learned in this can be transferred from real life to your game(s).

When someone in your game gets an animal -
there are a variety of things that the DM needs to take into account to not only make the world seem more real, but to give the PCs some more challenges.

The first of these things is food: what will the creature eat. Most of the time this is simply hand-waved  saying that the animal can hunt on its own, help kill other monsters, and the like. This is all fine and well provided that you're not raising or traveling with something with an unusual appetite. For instance, if players are trying to have a rust monster travel with the party as a companion, how will they feed it without losing their weapons or armor? Or what about an Aurumvorax, called the "gold gorger" that eats precious metals. How would the party satisfy its appetite without emptying their purses?

Another way this may play out is that the animal or monster may need a diet specific to their habitat. Pandas, for instance, only can eat bamboo. What happens if you are traveling with a panda where there's none?

The next item to consider is the health of the animal in question. Today, we can simply google the results to find out what's an appropriate temperature range for an animal, but a day and age without such information readily available, the PCs might have to go on a quest in order to find out how to appropriately take care of their newfound companion. They might have to perform a quest to find the Dragonfriend Sage, who's gathered all the information available on the medicines that are useful in treating dragons to save their sick friend.

Another way that this may play out is that the animal or monster in question has some sort of genetic defect. In regular animals, this may show up as problems with their hips, breathing, eyesight, hearing, or digestion.

A third say this could show up is that the animal can get injured in battle. How can it be healed? Will healing magics even work on it?

An additional worry that PCs might have when dealing with animals or their more exotic monstrous counterparts is finding lodging for them. Not all inns will be happy to see you bringing your wolf or black bear into town, and some may outright refuse service due to this fact, especially if they recently had problems with such creatures. This may be especially problematic if the PCs need to leave the animal or monster in town while they go do something else, because the animal or monster either can't survive or won't fit where they're going without problems.

Furthermore, PCs might have problems actually training the animal. A dog (or similar) creature can be trained with a leash. As can raptors (though most of the time you'll need a glove and hood). But what about animals that aren't able (or even willing) to wear a leash? The PCs / the animal's handler can try to get them to use their natural instincts to perform a certain behavior, but the animal or monster in question needs to be able to understand what you're asking it to do and do it within the best of their abilities.

Another way this can show up is in battle. Injured animals and monsters tend to lash out when hurt. Can the PCs control the animal while it's lashing out or do they risk getting injured in the process?

Then there's the very real problem of the animal waste. It's one thing to dispose of in solid dog or horse waste, but imagine how problematic it would be to muck out a stall for a dragon! Also, if the PCs are in a dungeon leaving solid waste laying around might cause other monsters in the area to know there's intruders in their lair and step up their patrols accordingly.

Also, there's the issue of the cleanliness of the animal or monster in question. Some animals might need daily grooming and if they don't get it, won't be able to use their natural abilities. In real life birds preen their feathers to clean them and rid themselves of mites. If a bird gets too dirty it might not be able to fly, or if it does, it might be not able to do so for very long because its aerodynamics is affected or it's too distracted because it's itchy. Similarly, a dirty bear's coat might be less protective of weather (just as dirty clothes aren't as insulating in real life).

Finally, there's the issue of socializing the animal or monster in question. In real life, some animals are attached to one person. How does the animal react when faced with multiple people it's trying to deal with? Does it attack them? Or simply put up with them, but refuse to show any affection? Is it affectionate with everyone unless it's told to attack? Or is there one race that its hackles are constantly standing up around, and won't calm down no matter what?

13 Animal or monster flaws
13 great bonuses for the animal/ monster
With all these ideas on how training can be handling in your game, as well as some problems and bonuses why not try some of them out and let me know how they work out for your game. Thanks for reading the article. Feel free to like, comment, and reshare!

Posted by Unknown at 3:38 PM No comments:

What’s in the Excavation site?


What’s in the Excavation site?
By: Jesse C Cohoon 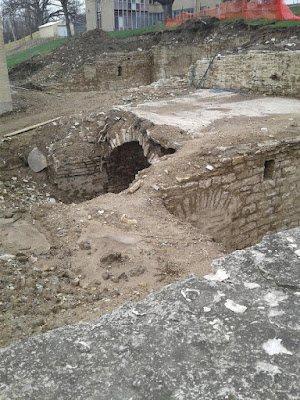 Excavation is an activity that mankind has done from ages past and will continue to do for many years in the future. In many cases, in an RPG, evne if such activity is mentioned, it’s often glossed over and not found to be something interesting, bit with a bit of brainstorming, a moment’s preparation, and these suggestions, it can lead the PCs to some truly unique adventures.

D20 things in the excavation site

The next time someone asks what’s in the hole, you now have an answer for them, and with it, the ability to expand your gaming world.

Miss the other parts?

Mummies, and ghouls are common threats found in many types of RPG games. Unfortunately, it’s far too easy for the GM to roleplay them in a simplistic manner, as simple monsters to vanquish, giving them no backstory or interest, and an opportunity for world building is lost. But by giving them unique places to be, interesting attributes, and different causes of creation they can truly become the threats they should be. 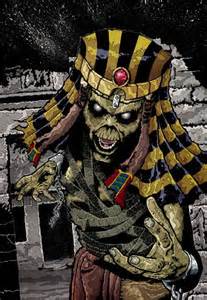 Mummies in real life are deceased humans or animals whose skin and organs have been preserved by either intentional or accidental exposure to chemicals – including plastics, extreme cold, very low humidity, or lack of air, so that the recovered body does not decay further if kept in cool and dry conditions. They may be anthropogenic or spontaneous. The former were deliberately created by the living, most commonly being for religious purposes, though in the case of plastination, it can be said it’s being done for scientific purposes. The latter were created due to natural conditions such as extremely dry heat or cold, or anaerobic conditions such as those found in bogs.

In Hollywood myth, mummies are the protectors of ancient tombs, cursed (or blessed) with unlife, either due to some misdeed they did while they were alive or a priest whose sacred duty it is to protect the tomb. The idea came about after famous Egyptologists died shortly after opening a tomb of natural causes, and sensationalized by the media afterwards.

Ghouls, on the other hand, are similar to both zombies and vampires, having attributes of both. The myths 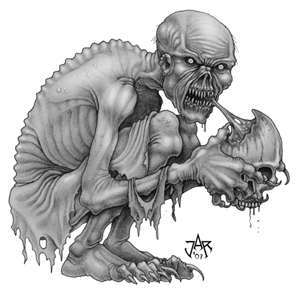 originated in the Middle East. They eat flesh like zombies, but make spawn like vampires, but if the slain creature was powerful enough, it rises as a ghast. Ghouls and ghasts typically reside in graveyards and catacombs where there’s a steady supply of bodies available to consume, though they may also follow in the wake of conquering armies. In D&D lore, they automatically retain the abilities they had in life. Some tales speak of them eating children.

20 Unique Places for Undead to show up

Instead of using the same boring locations for undead to show up, why not consider some of these to spice things up a bit.

Undead should be individual, unique and identifiable as individuals. The following table can help you make them more unique 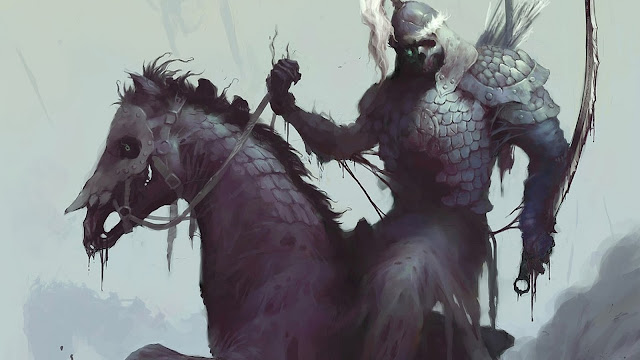 Instead of having the undead be just there, maybe the players can track down the cause of the infestation, and possibly end it.

1.      Result of a divine curse: the creature was cursed to become an undead due to some evil act they committed, or was unable to repent from doing. Some myths say that ghouls are created when a person dies while engaging in cannibalism.
2.      Choice of the creatures involved: the creature involved asked to be turned into an undead for whatever reason.
3.      Deal with the devil: the creature involved made a deal with an evil entity for eternal life/ youth/ beauty/ whatever and they kept their end of the bargain… literally.
4.      Spawn of another undead: creature was killed by another undead and rose as one themselves
5.      Will of the deceased: the creature was so burned up with rage and came back to exact revenge
6.      Science experiment gone wrong: The Umbrella Corporation in the Resident Evil Games
7.      Caused by a virus or disease: many of the modern zombie movies are
8.      Result of a wild magic surge
9.      Supernatural pollution: Just being near the source of the evil is enough to cause some to rise as undead
10.  Deliberate creation/ summoning by an outside source (either supernatural or magic): magic like “create undead”

By making undead show up in unusual locations, giving them interesting attributes, and giving them a different creation backstory, there’s never a reason to have a boring encounter with these undead ever again.

The next article will be hosted on stuffershack.com